Installing crown molding in your home can enhance the aesthetic appearance of its interior as well as the overall value of your home. However, there are a number of general misconceptions that deter homeowners from capitalizing on the benefits of adding crown molding to their decor. The following list dispels seven common myths about the appropriate use and installation of crown molding.

Myth #1: My ceilings are too low for crown moldings.

It’s untrue that crown molding should not be installed in rooms with low ceilings. In fact, using moldings that project further than the wall can provide an optical illusion that makes ceilings appear taller than they actually are. For rooms that are vertically challenged, use crown moldings to give modest spaces a sense of elegance.

Myth #2: Flimsy crown moldings will add just as much value to my home.

Myth#3: Crown moldings made of wood are always preferable to those made of polyurethane.

Recent developments in the materials used to construct polyurethane crown moldings make this statement obsolete. As discussed above, polyurethane moldings will stand up to changes in climate and humidity and are not affected by indirect lighting. Moreover, though, new, high definition polymer systems are now used to produce a new type of polyurethane that is used in crown molding production. This new synthetic, high-density material is exceptionally durable and stress resistant, which means it won’t crack or scratch; lastly, polyurethane crown molding is not attractive to bugs or termites.

Myth #5: Crown molding is unsuitable for rooms frequented by children.

Many people think that crown moldings are not well suited for use in children’s bedrooms or playrooms. The primary reason for this is because of the misconception that crown moldings are not durable enough for application in rooms that house more rough-and-tumble activities. Contrarily, though, crown moldings, specifically high-density polyurethane crown moldings, are incredibly durable and perfect for application in rooms where children are at play. Specifically, chair-rail molding can even help protect walls from being dented, scratched, or damaged, and are known for their resilience.

Crown moldings do not always have to be white. This is a frequent design faux pas; in fact, crown moldings should be the same color as the moldings that are already in your house. They can also be painted or stained to match existing color schemes, making them perfectly suitable for any room decor.

Myth #7: All the crown moldings in your home should be the same style.

All of the crown moldings in your home do not need to be the same style. Different styles of crown molding may more appropriately suit some rooms but not others; there is a wide array of crown molding styles to choose from, and you should take advantage of these options to maximize their aesthetic potential in each particular room. However, it is essential to consistently use the same crown molding size around your home to maintain consistent dimensions and visual proportions. 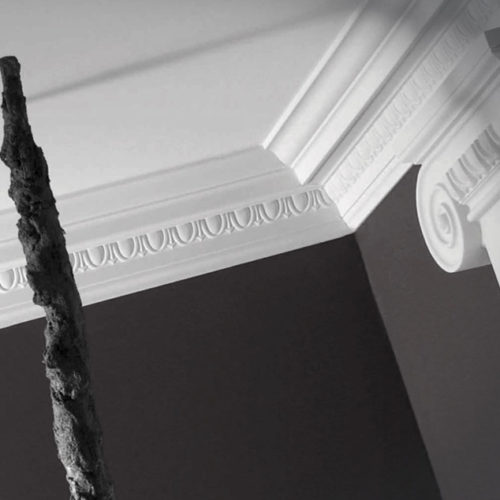